Almost a month back, I had posted my GP web client test drive results on how the client is rendered on Mac based browsers and possible issue with Silverlight plugin. I am probably wrong.

Everything works other than pictures; that’s what I had found. Upon drilling down further, what I realised is that it sounds obvious that it doesn’t work on Mac based browsers. Reason: Native Pictures.

Consider, for instance, the following snapshot of GP login window on a web client rendered on Mac Safari:

It’s not shown. Initially I thought it was something to do with Silverlight rendering. But not exactly. It’s because, this picture is a Native Picture. And by definition, it’s specific to Windows OS. Look at this picture definition below: 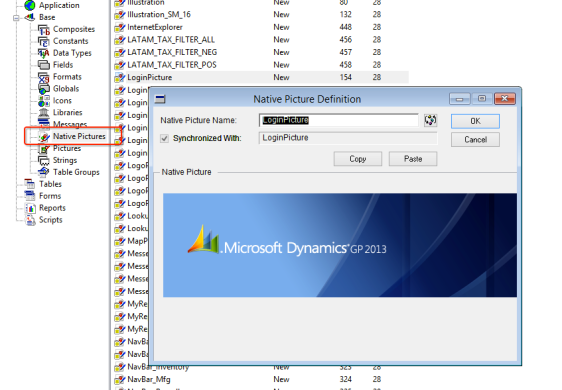 Apparently, by nature, it’s NOT supposed to show up on any OS other than Windows.

It’s not just this picture. Lookup Button icons, Note icons are all Native Picture types. And due to that, they are not going to render on any other OS. And if I am not mistaken, this will remain as it is at least till next major version of GP.

Those who implement GP web client MUST be aware of this.

Below are some samples: 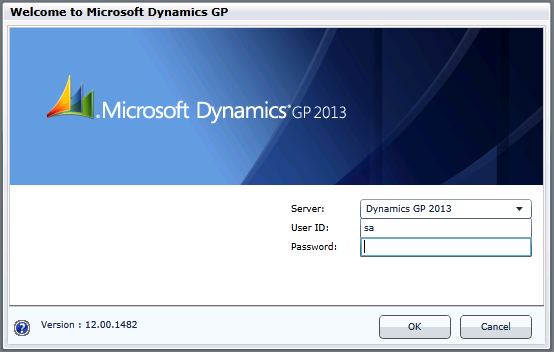 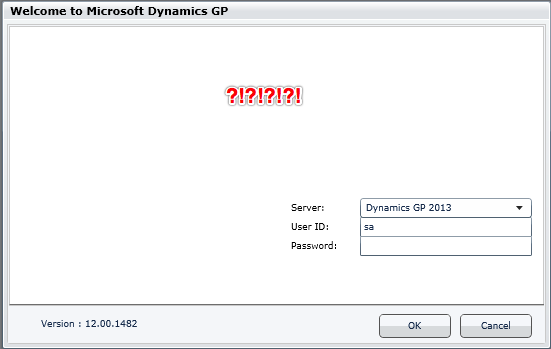 Apparently, there seems to be a rendering issue on showing pictures (and ONLY that I guess).

On the surface, it seems like Silverlight doesn’t render properly on Mac based browsers, while it could work perfectly on Windows. Thinking on this further, it’s only related to images. There could be something that we have to tweak on Silverlight plugin. Not sure what it is exactly at the moment.

Those who have implemented Web Client for customers with Mac, would you please step forward and shed some light on this?

It’s been an awkwardly long time since I had written anything on this blog. Now is the time probably to break that jinx.

I have been working on testing GP2013 Web Client on our environment. I have been constantly keeping myself updated with GP Web Client by reading our community blogs and forums, but never had seen it on my own machine till today.

Below is the snapshot of GP2013 Web on my MacBook Pro; on Mac OS X Safari browser. 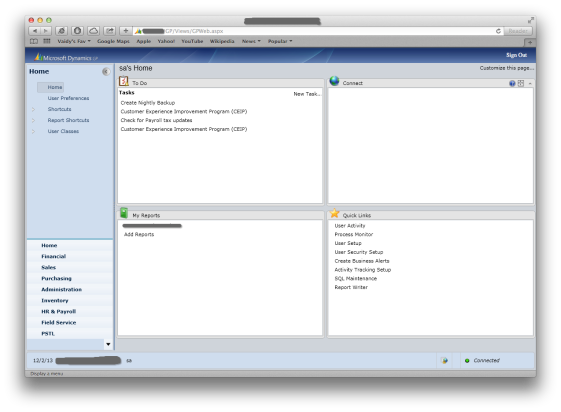 All you need to do is to install Silverlight for Safari on Mac. If it’s not there, you would be prompted to download and install.

I am now excited to get my customisations work with it. Will post anything that’s interesting and worth to be shared in coming days.

Mariano highlights 5 coolest technologies for Microsoft Dynamics GP in coming years to watch out for. I can’t agree for more, since I am already seeing 3 of the highlighted 5 currently.

And to know why the above are cool, check out his post: The Future of Microsoft Dynamics GP: 5 Cool Technologies You Should Watch For (and Learn) in the Coming Years